With the close of the UUA’s 2020 General Assembly on June 28, 2020, there is one thing that is abundantly clear. There is now an official and concerted effort to redefine UUism. UUA leadership is not proactively responding to an uprising for change from individual members or local congregations. If the logic of the denominational leadership is properly understood, it is precisely because there is no grassroots movement for change that the UUA decided it will itself define the change they deem we need. We are witnessing inarguably a top down, Boston-based initiative.

The change is rooted in the ill-conceived declaration in the Spring of 2017 by eleven members of the board of trustees that the UUA is based on white supremacy culture. The initiative has some admirable objectives of greater inclusion and diversity, so it is not to be wholly discounted. UUs could readily rally around greater inclusion and diversity especially in a time when protests have crystallized the killing of George Floyd in Minneapolis into a national transformative movement that could very well usher in a 21st century civil rights movement. At one time UUs would be the natural leaders in such a civil rights movement.

However, this Boston-based initiative is lacking both the grandeur required for the times and the embrace of a larger noble effort. Rather, the effort is the remnant of the internal imbroglio of the failure to hire a new Southern Region Executive Director in 2017. That debacle led to the resignation of then UUA President Rev. Peter Morales, other senior leaders and the Executive Director of the UU Ministers’ Association. An opportunity was quickly squandered in the aftermath of the hiring situation when the UUA board formed and gave a charge to a Commission on Institutional Change (COIC) ostensibly created to uncover the root causes of the controversy. Rather than challenge the COIC to unbiasedly follow the facts wherever they may lead, the charge to the COIC was “to conduct an audit of the power structures and analyze systemic racism and white supremacy culture within the Unitarian Universalist Association.” Forgive the snark, but this commission is akin to “Bring the guilty bastard in and we’ll give him a fair trial before we hang him.” The COIC has labored from the start on this very biased basis.

This is serious business. The final report of the COIC delivered at the General Assembly must be read by everyone. It is the basis for the changes to Article II Principles and Purposes of the UUA bylaws. That article contains our seven principles and six sources.

The anticipated changes are not limited to the introduction of an Eighth Principle. Apparently, several principles are subject to revision including the 2nd Principle (“Justice, equity and compassion in human relations.”). The COIC report repeats variations of “equity, inclusion and diversity.” Diversity is narrowly defined as identity-based diversity and eschews the idea of religious belief diversity. It appears justice is out.

The foundational 4th Principle (“A free and responsible search for truth and meaning.”) is apparently subject to a limiting asterisk. A central theme of the COIC report is the concept of accountability. Quoting from the COIC report:

“Freedom of belief promotes diversity of thought in our communities and fuels the responsible search for truth and meaning that leads toward beloved community. This freedom encourages exploration and experimentation, lending creativity and innovation to our communities. Yet over the decades since the consolidation of Unitarians and Universalists, an overemphasis on individual exploration and experience as the primary, if not sole center of religious experience developed. This centering of the individual decenters the communal as a locus of theological exploration. One of the unintended consequences has been the atomized individualism of the search for truth and meaning without accountability to its impact in communities.”

It is unclear who will be charged with holding individuals accountable. The background here is the concept of individualism as a “sin” of UUism along with exceptionalism and an allergy to authority that has swept through the thinking of UUA leadership.

The COIC report mentions the value of our 5th Principle (“The right of conscience and the use of the democratic process within our congregations and in society at large.”), but in practice our denominational business is not conducted on a democratic basis. The failure of democracy in our association was outlined in the 2009 Fifth Principle Task Force Report that delineated the shortcomings of General Assembly to conduct the business of the denomination. These shortcomings may very well be used to steamroll changes to the seven principles.

The bigger picture, however, is that when the UUA should be thinking big it has retreated to an inward struggle over an important but very narrow discussion of racial diversity. More importantly, the struggle has been defined by inflammatory and the shaming language of white supremacy culture. One could only have hoped that before the UUA board launched this initiative that they had taken counsel in the words of Supreme Court Justice Ruth Bader Ginsberg, “Fight for the thing that you care about, but do it in a way that will lead others to join you.”

UUs are diverse in so many ways from identity, religious beliefs, non-religious beliefs, age, partner preference, sexual identity, and social passion. We are a big tent movement and should not narrow our lens when the world is seeking leadership in issues such as climate change, income inequality, gun violence, voter suppression, immigration rights, prison reform, LGBTQ rights, reproductive rights, hunger in America and education disparity to mentions issues UUs “care about.”

This is a time for you to be informed, have an opinion and express that opinion to your congregational board and to UUA leadership. If UUism is to be transformed, let be done in
“a way that will lead other to join.”

Thanks for the heads up on the dire implications of the COIC report. This means that we have a bit less than a year to do all we can to make as many UU’s as possible aware of the UUA’s authoritarian, dogmatic trends and how this bodes ill for us all. Thanks, too, for having this web page. Let’s get the word out.

Thank you for this important group. As one “to the chalice born” I will not in good conscience watch the UUA steal my birthright and chosen faith. I joined Fifth Principle as soon as I became aware of it and am about to join as a dues paying member. My main concern is how to get the Fifth Principle word out to the many UUs who I believe would support its causes. How should we go about getting a booth at GA 2021? Also, there are many blogs, readings, sermons, and articles written by intellectuals, ministers, and lay persons who… Read more » 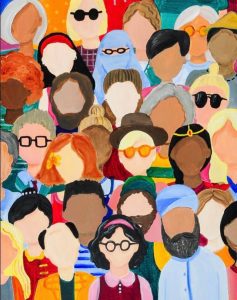 Barbara, it is important that UUs become informed of the activities taking place in Boston.  Most UUs are, at best, loosely affiliated with Boston with their focus primarily centered on their congregation.  It is thus important that local congregational discussions begin over this initiative to revamp the denomination’s principles.  I would encourage you to share the link of this Discussion with members of your congregation and request a read out from your congregation’s delegates who attended GA.  Bear in mind, an overwhelming number of GA attendees embraced the COIC report either because they are committed to this action, lack a full understanding of the… Read more »

Did those by-law changes go through?

Only minor bylaws changes were passed that GA 2020. The changes for the Principles most likely will be discussed over the next year or two.

David, setting up a separate UU organization is an option. I think, however, we should not discount the many UUs who would like to see the “real spirit” of UUism remain intact. Bylaws changes require a 2/3 vote which could, with an educated delegate base, represent a significant challenge. A large problem is that the UUA leadership authority is baked into a system that ensures a closed loop. The Nominating Committee selects only those that “agree.” The last election of co-moderators was without a real election since the Nominating Committee failed to find competing candidates. I’m shocked, shocked. We do need an uprising!  The biggest obstacle… Read more »

If UUism is to be revamped, let be guided by informed and knowledgeable individuals. This really is the time to take an interest in denominational affairs.